Knife Crime - The Government Are Failing Us 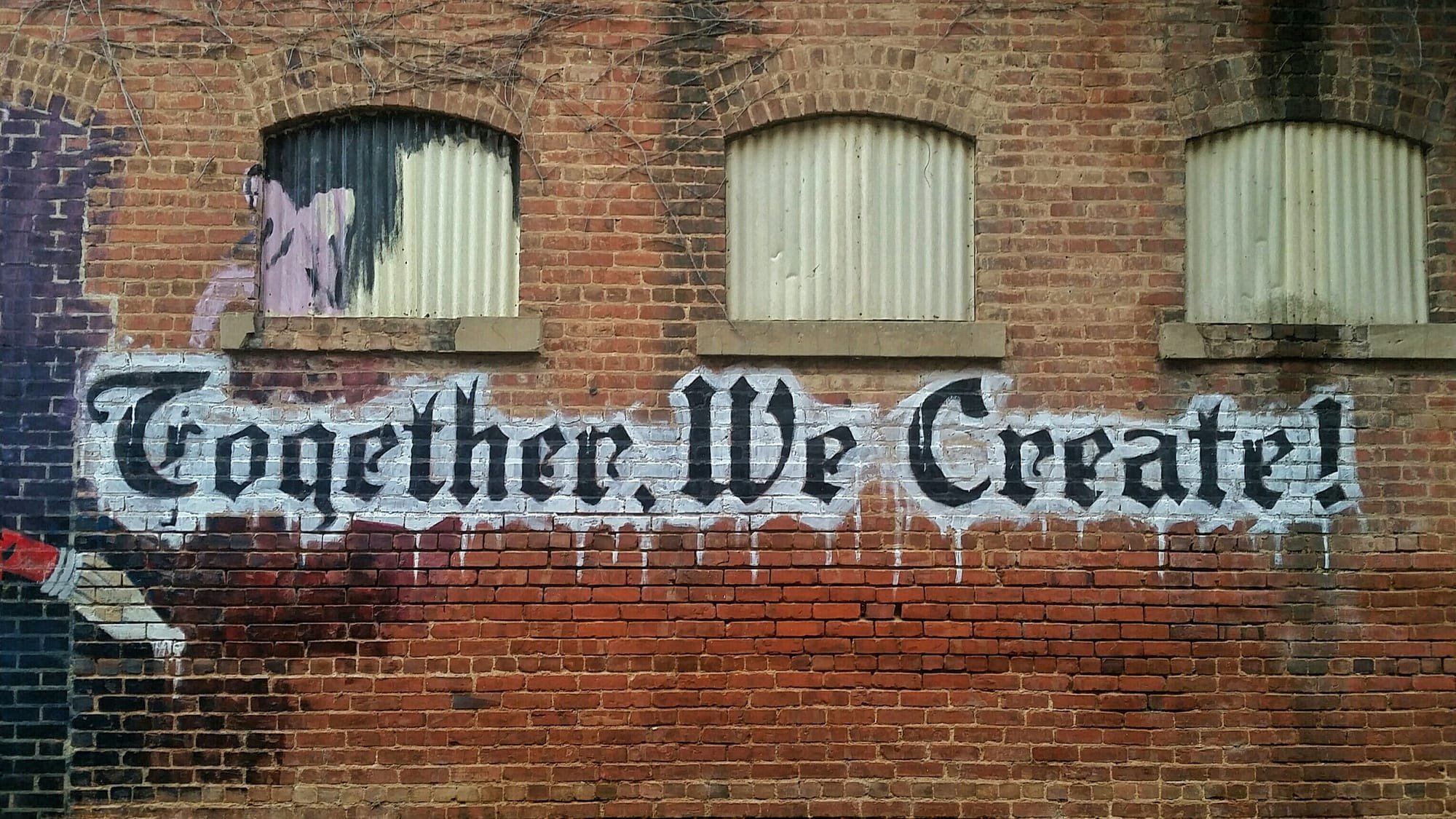 Firstly, I would like to thank each and every one of you who took the time to read and respond to my last article. I was truly overwhelmed by the response I received. I heard all of your individual voices and gave your opinions some consideration. Reflection, has lead me here today.

IT'S TIME TO FOCUS

Who would sign a petition, ordering 'Stop & Search' campaigns to be implemented?

After a decade in the law constantly changing relating to knife crime, and longer sentences having already been applied in the hope to reduce related crimes,  current factual statistics prove that these previous changes in ‘hardening up' on existing laws have not worked. In fact, we are at an all-time high within crimes being committed but more to the point - lives being unfairly taken. As a society, we are witnessing one of the fastest growths in crime in recent history in the UK capital. Not only weapon-related crimes, but all: The rise in various crime figures are nothing less than disturbing.

Is this not enough proof that the focus has been, and still remains, on the wrong areas in order to accomplish effective results within the reduction of knife/weapon related crimes?

In my last article, many of you have stated that you felt; ''No matter what age, every individual is to be given a sentence of 10 years imprisonment for carrying a knife, and for using that knife - life imprisonment.'' I have to disagree.

If a person were caught carrying a knife, for being of help to another (for there will be many reasons), would it be fair to be sentenced to 10 years in prison?

If a person were to be attacked with a knife, yet managed to turn the tables around which resulted in this knife being used in their self-defence instead, would it be fair that they received 25 years in prison?

Yes, stricter sentences need to be applied but this is not the way forward to the matter in question; Reducing knife crime. This approach wanted by so many, solely focuses on once the crime has been committed. It is then... too late. It does not 'reduce' anything. 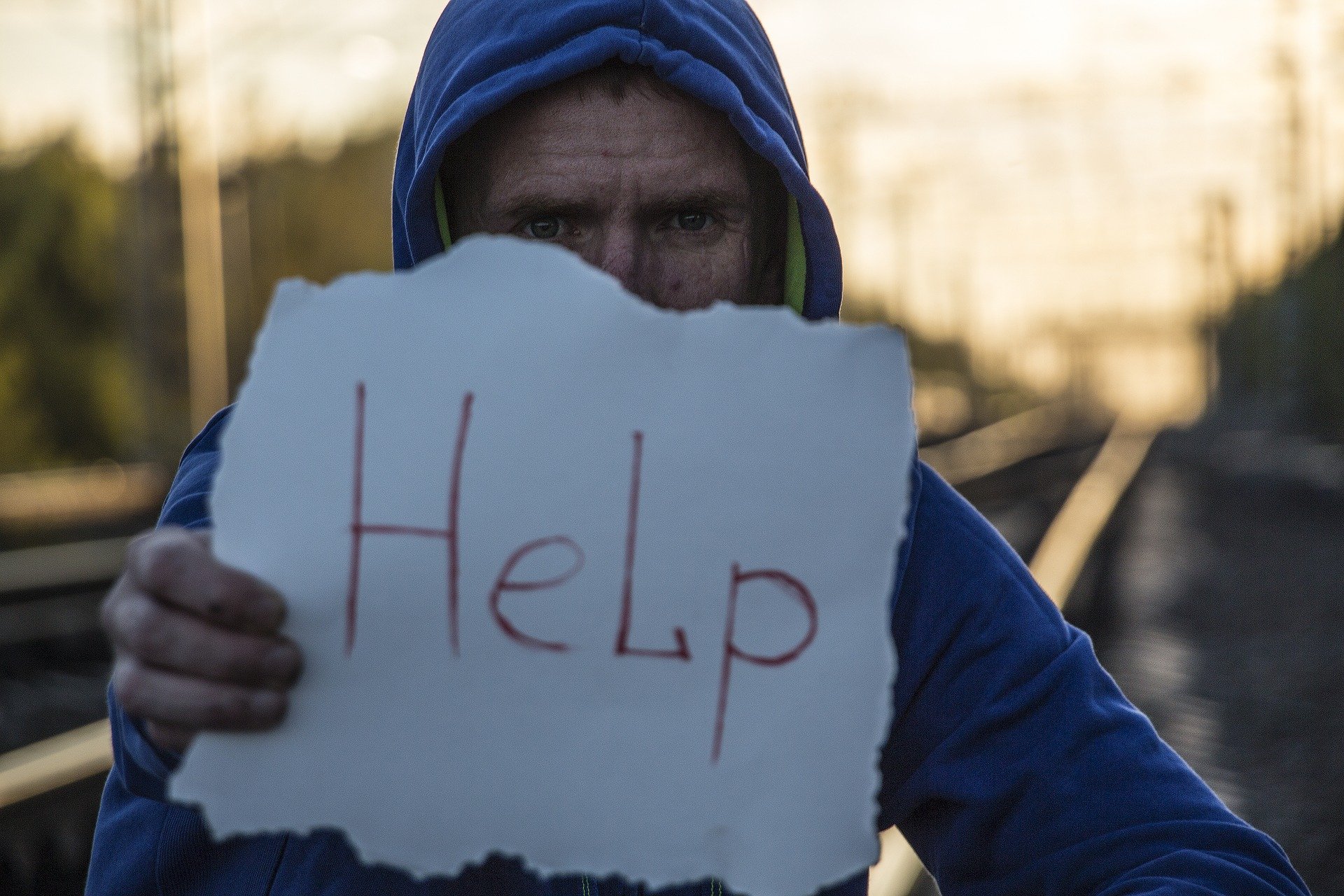 Society today is changing at a rapid pace and the government need to acknowledge and accept the fact that it is time to change tactics. Instead of addressing knife crimes as a ‘whole,' I feel, they need to wake up and start addressing the root causes. Considering the number of youths today who are involved with such crimes, (which is currently at an alarming rate), but also have some of the largest increased figures within suicide crimes and mental health related issues. Would it not make sense that the starting point should focus here?

Why is the focus not on preventing the children of today from seeing these crimes become a 'normality'. By not reaching out to the root cause, only promotes future crimes to continue - For many of these children will carrying out their mistaught, undirected and conditioned 'learnt behaviours.' If this were to becomes true, who would be more at fault? The government, or, the current young innocent lives of millions?

Extending sentences will never stop such crimes from being committed. It appears that the younger generation fears only their own. They do not fear the law, the possible sentences or any of the implications that could possibly await them. For the likelihood is, they will not be caught. 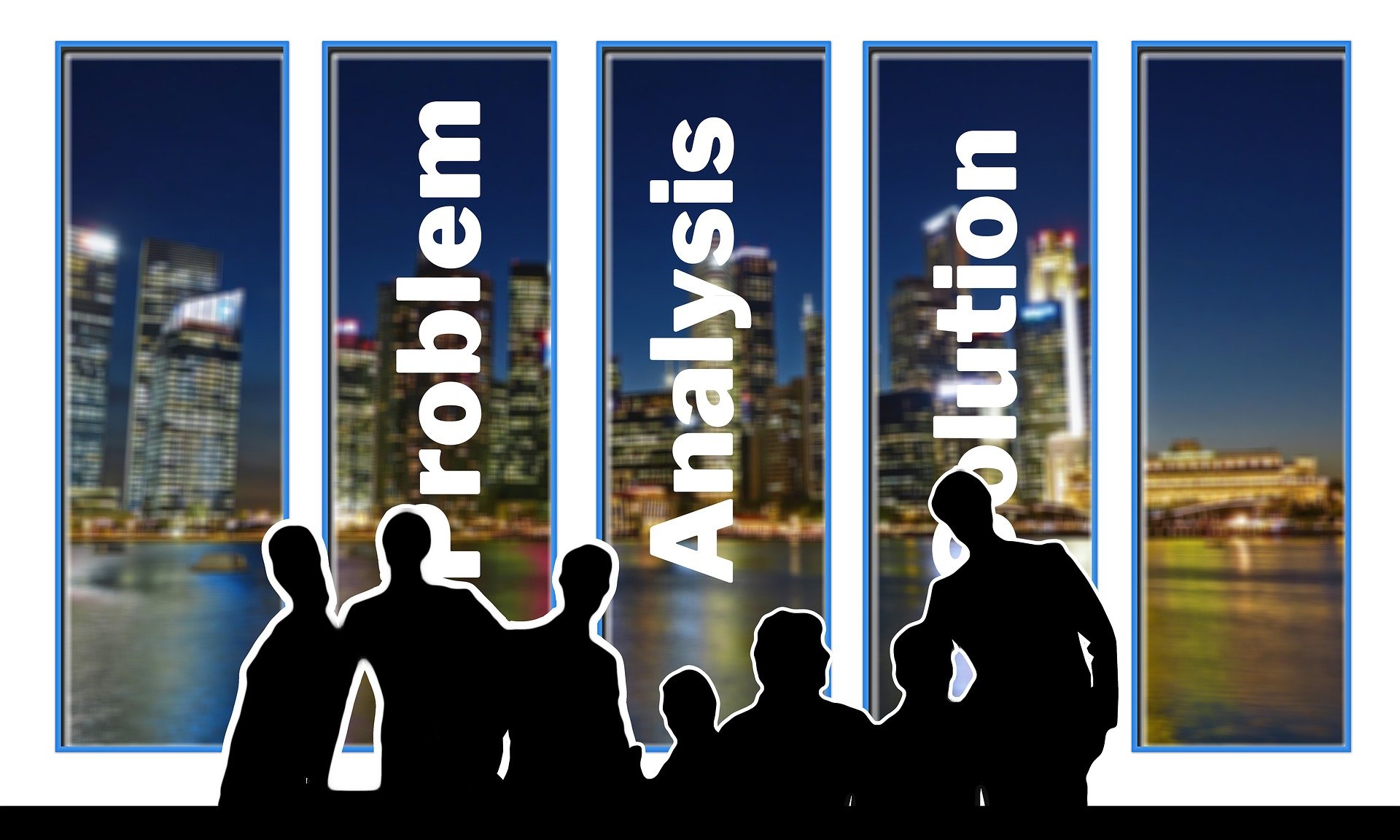 Several years ago, Glasgow was experiencing a similar predicament within high volumes of knife crimes being committed. In fact, in 2005 the World Health Organisation branded Glasgow as 'the murder capital of Europe.' The gangs of Glasgow would administer specialised trademarks; 'Glasgow smiles,' cuts running from side-to-side of their victims' mouths. Yet since then, to 2017, numbers plummeted by a whopping 65%.

The council and other partner agencies had also set up an amazing site, which still remains today. This site is full of helpful information, support, advice, guidance, and even offers confidentiality - not only for young people but for parents and practitioners too.

Check it out for yourself here: https://noknivesbetterlives.com/info/about-us/

Therefore, with these two new approaches being implemented, along with increased numbers of police bodies out on the streets having been deployed, resulted in a dramatic turnaround with such amazing, positive results being achieved. The reduction not only showed a huge drop in procession crimes but actual assaults too.

Credit to Glasgow and to all those who directed these new approaches... England require you here now, please?

Proven to be of such beneficence, surely this is what England should be focusing on, right? More so now that there is now £1.35 million available to help reduce knife crime. 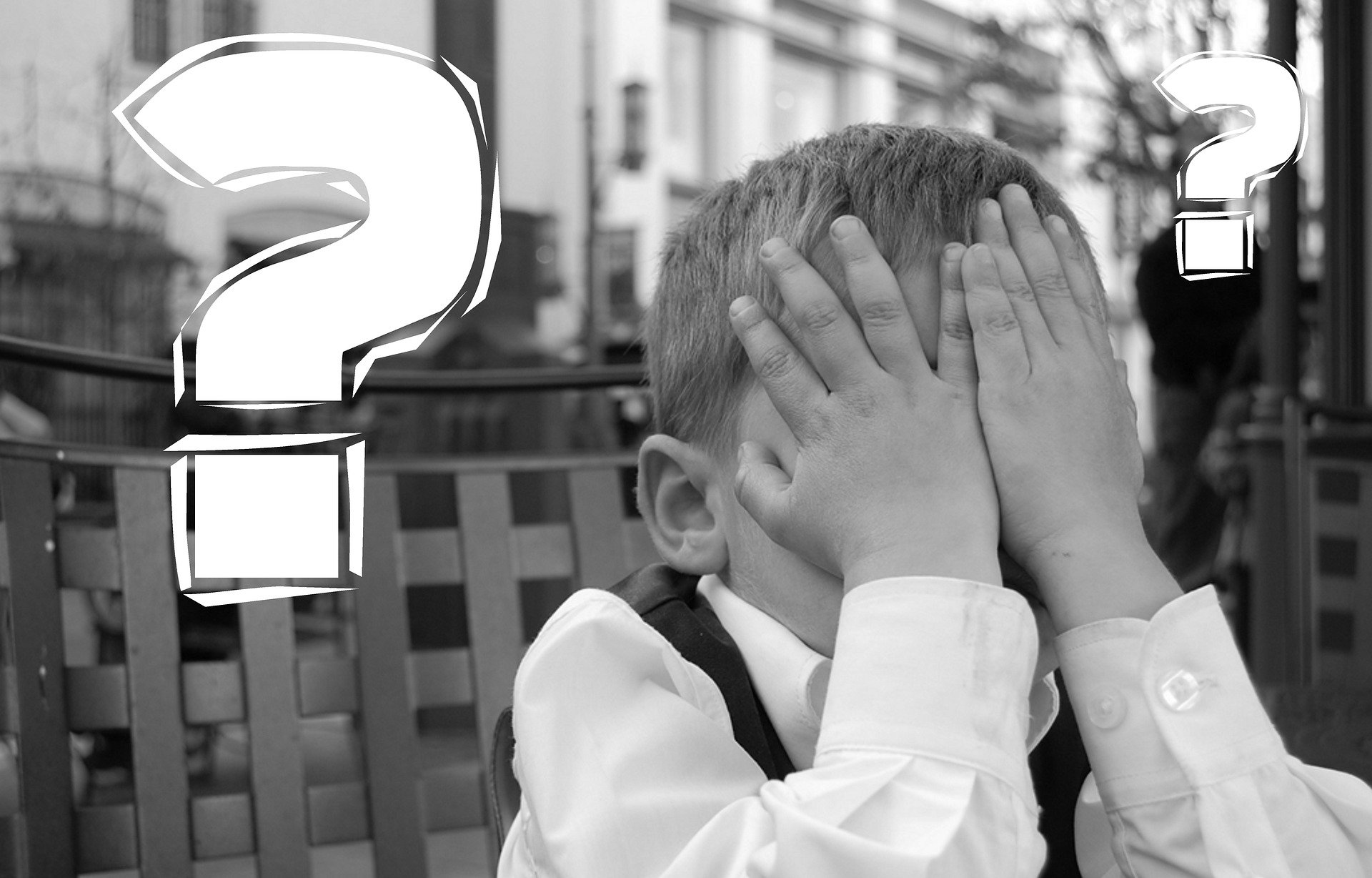 Wrong. The UK government and police, share the same views, that this tactic is seen as 'inefficient,' 'discriminatory,' and 'destructive.'

However, the split use of this £1.35 million to be used within advertising on social media (Snapchat, Twitter) and digital channels (TV on demand, Spotify) to target 10 to 21-year-olds who use these platforms, is deemed what? The better alternative? Wait for the best bit; A poster campaign will also be displayed in English cities where knife crime is more prevalent. ( I must remain professional. I MUST remain professional...)

Taking all the content that I stated above regarding Glasgow, I ask you now to question yourself:

How will an advertisement on social media, where most young people are likely to just scroll past, ignoring it altogether, help to see effective changes within the reduction on knife crime?

What advice, guidance, support and answers will these adverts offer to the targeted age group in?

Will a digital advertisement create the much needed 'fear' within these individuals?

The money will also go towards over areas, such as: The Somali Relief and Islamic cultural centre, Anti-Tribalism Movement, WISE Youth Trust and various other areas... Yet, there is not enough funding to allow for extra policing, helping to reduce knife crime.

Sadiq Khan has also announced that a £6 million flush fund will be laid out for exclusive toilets for London bus drivers, and a £34 million budget for green projects... Yet, there is not enough funding to allow for extra policing, helping to reduce knife crime.

Khan, has on various occasions, stated that he cannot solve London’s crime problems, due to a lack of funding from central government.

So tell me, what are your thoughts on this? Would you like to see the 'stop and search' tactic implemented? What are the prevention's/solutions in which you feel are required for us, as an united society in England, today?

I look forward to hearing what it is, you have to say.

#standupandfight #weareunited #knifecrime #prevention #changingthefuture
‘A loss is not just A loss. It is B,C,D,E,F,G...…….’
Stress can affect children just as much as adults!
You Carried a Knife and Took a Life - In Loving Memory of Jodie Chesney.
Comments